Distance NOT Disconnect!! In this time of social distancing, something crucial is missing from a lot of our lives: the chance to quietly exist around people at work or join in our usual support groups.

Embrace video chatting and talking on the phone. Now is the time for a phone call and video-chat renaissance! Texting is great too, but when we’re trying to make up for the sudden drop in human-to-human contact, hearing your friends’ voices and seeing their faces is important ­– be sure you talk about things other than coronavirus panic!

That brings us to ZOOM!! Zoom is a great software program that anyone can download to their computer or phone and connect with others FACE-TO-FACE (AND ITS FREE) which is a perfect to have a meeting with your group live as well as staying safe and “socially distant”.

Mission of the Mental Health Association in New Jersey

The Mental Health Association in New Jersey is a statewide non-profit organization that strives for children and adults to achieve victory over mental health and substance use disorders through advocacy, education, training, and services.

The vision of the MHANJ is a statewide community in which people with mental illnesses can achieve full potential, free from stigma and other barriers to care and recovery. 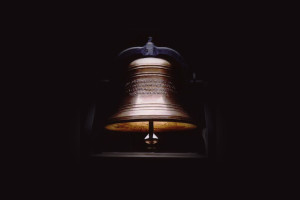 The Story of Our Symbol: The Mental Health Bell

“Cast from shackles which bound them, this bell shall ring out hope for the mentally ill and victory over mental illness.” —Inscription on Mental Health Bell

During the early days of mental health treatment, asylums often restrained people who had mental illnesses with iron chains and shackles around their ankles and wrists. With better understanding and treatments, this cruel practice eventually stopped.

Now the symbol of Mental Health America and its affiliates, the 300-pound Bell serves as a powerful reminder that the invisible chains of misunderstanding and discrimination continue to bind people with mental illnesses. Today, the Mental Health Bell rings out hope for improving mental health and achieving victory over mental illnesses.

Over the years, national mental health leaders and other prominent individuals have rung the Bell to mark the continued progress in the fight for victory over mental illnesses.

View a 3-minute video presentation about
Clifford W. Beers and the beginnings
of the Mental Health Movement in America.

How can we help you? Use the form below or email us directly at: